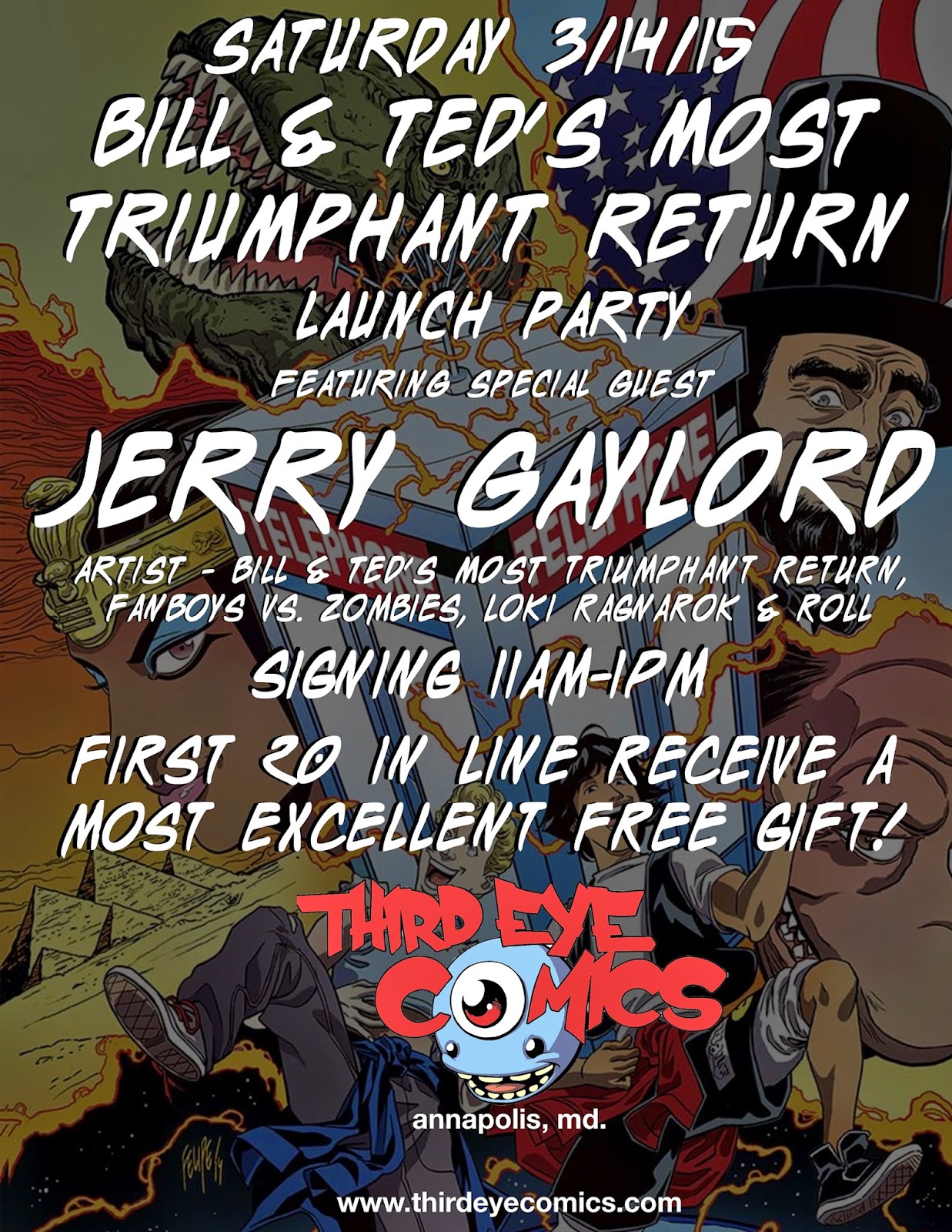 The first issue of Bill and Ted's Triumphant Return hits comic shops today! I got to be a part of a super dope team on this one (the super talented Brian Lynch, art by me, inks by Peng and Colors by Whitney Cogar). If you haven't picked it up already then hop in your time machine and make it happen now! I'm really excited to finally have people get a chance to read it. This book really captures the fun of the films and if you enjoy fun comics then this is the book for you.

On that note Peng and I will be doing a signing for the first issue of Bill and Ted at Third Eye Comics in Annapolis this Saturday March 14th. We love the guys and gals at Third Eye. They have been so awesome to us and they know how to run a comic shop! IT's gonna be a great time so if you are in the area come out and chill with us.

Last but not least I've finally updated this years convention list and signing dates! There may be a few more updates, but for the most part this is the list for 2015. Hopefully I'll be coming to your city!