I'm knee deep in the production of Hyperboy for The Blueprint2 Kickstarter. I'm working on pages and doing more design work as i go. We have less than 2 weeks left to reach our goal and I'm confident we can make a big push to finish strong!
1 comment:

The Hype is Real

I'm working hard to get Hyperboy completed for the Blueprint 2 Kickstarter. I wanted to pop in and make sure I got some new art up. Please take a second to head over to the kickstarter and pledge your support. We can't make the book happen without you!

THe Kickstarter is Live! 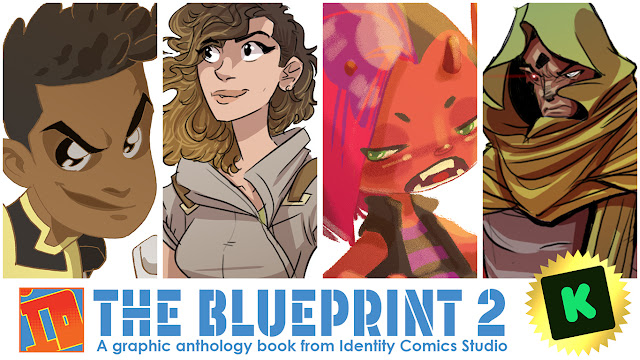 So I've been away from DA for quite some time. I've been really busy working in comics and getting my feet wet in animation. Some of you know that back when I was first on DA I created a comic called Hyperboy. It was a labor of love and my first real attempt at publishing. now more than 10 years later I'm teaming up with my squad at ID Studios to produce an anthology featuring creator owned characters and stories called the Blueprint 2. The entire studio featuring:
Jerry Gaylord (Me!)
PENG
Bryan Turner
Kenny Groom
and friends of the studio Jeffery and Susan Bridges.

My contribution is the return and update of Hyperboy! Again I've poured my heart into the project, but this time I need your help. Please take a second to check out the kickstarter page . ctwe have tons of cool art to see and really great rewards for backing us.